Exeter, a little orchard town on the banks of the river Tamar is credited with being the first place in Tasmania where badminton was played. Many attempts had been made to introduce a game; battledore and shuttlecock, very similar to badminton, but the attempts were unsuccessful. Some settlers from England who had some orchards at Exeter played the game in their packing sheds during the slack season.

The game had previously been played on the mainland and when Miss E. Hewton came to Launceston in 1923 from the mainland she was credited with having induced some of her friends to take up the game and she organised a social club, with the St. John’s Parish Hall as its headquarters.

Mr. Alf Leonard, of Victoria, brought over some racquets and shuttles and with Mrs. Humphries gave the first exhibition game in St. Johns Hall, Launceston. Mr. Henty, who also played in Victoria, supplied a few racquets and two or three dozen shuttles and games started to be played regularly once a week.

What was the reason that the game took such a remarkable hold on Tasmanians? The first reason is our climate conditions make it an ideal winter sport, and secondly, there were always a great number of halls that were easily obtained for a reasonable rent.

Ever since its inception Mr. Cragg was patron of the Tasmanian Badminton Association, and he continued to take a lively interest in the games welfare even though he did not actually play the sport. He often expressed his regret at his inability to play, but no tournament was played at which he had not been present at at least one session.

When the Association was formed one of its main objectives was to conduct a tournament in Launceston, the events to carry with them the title of the championship of Tasmania. The tournament was held on a Saturday afternoon and evening in Albert Hall, Launceston on September 11th, 1925. Five courts were used, and the championship events were finalised and only the semi-finals and finals of the handicaps remained unplayed. These matches were finalised during the next week on private courts.

This tournament was the first of its kind conducted in Australia and served to bring the fascination of the game right before the public. The standard of the game improved and this became an annual event. When the second tournament was held on September 25-27th, 1926 it was only expected that that the previous seasons entrants would play. Among the entrants were some players from Melbourne and other centres in Tasmania. With the increased number of entries received the tournament was extended to the Monday evening.

As the annual event grew on September 24-27th, 1927 entrants flourished and a further night was needed and continued on until the Tuesday evening. This year the handicap events were divided into ‘A’ and ‘B’ grades.

The fourth tournament held on September 15-19th, 1928 the entries again included some from Melbourne, whilst they also came from all parts of the island. There were no fewer than 243 players participating in this tournament, which continued to be the largest of its kind held in Australia.

In 1929 a record occurred with over 600 entries received. The arrangements for this tournament were greatly interfered with at the eleventh hour by a political meeting; the Albert Hall was again engaged having to be made available on the Tuesday evening to the Prime Minister of Australia. This interference caused great havoc and a smaller hall with three courts had to be used for this evening. The transferring to this hall and back again to the Albert Hall made much additional work for the Secretary and Tournament Committee.

The game started to spread to other parts of the state, but it was not until June 15th, 1929 that the first North v South match was held at the Y.M.C.A. in Hobart. As was expected the visitors were much superior to the Hobart team, and won the twelve games. The home teams were however not downhearted, and picked up some valuable points from their opponents.

Later in the same season on October 5th, the first triangular matches between the North, North West and South were played at Albert Hall.

The game, however made such rapid strides in the North West and South, not only in popularity, but in the standard of play, that it was decided to form a new Constitution in which three major Associations; North, North West and South, would have equal representation. As a result, the Tasmanian Badminton Association, in its present form came into existence in 1933, an inaugural meeting being held on the 9th September, 1933.

The work of drawing up the new Constitution was carried out by Mr. R. C. Green, who was later elected as the first President of the new Association. Other officials during the first year of existence of the T.B.A. were Mr. W. A. Burke as Honorary Secretary and R. Pennefather, as Honorary Treasurer.

Mr. Burke was obliged to resign from the role of Secretary in 1935, and was elected a Life Member of the Association in recognition of his services to the game, both in the present Association and in the previous controlling body.

The T.B.A. was one of the prime movers in the formation of the Australian Badminton Association, with headquarters in Melbourne and has always been represented at Interstate games.

The Association inaugurated a pennant competition for the 1926 season. All clubs desiring to compete had to become affiliated, and playing members were required to be registered. A competition of this kind opened the way for keen contests between clubs and members, and, in conjunction with the Annual Tournament, assisted to make the game popular. Mr. C. Cragg (Patron T.B.A.) kindly donated a shield for the competition. In the 1929 season the teams were graded. Mr. Cragg’s shield was allocated to the ‘A’ Grade; Mr. R. W. Ede-Clendinnen (the third President of the T.B.A.) presented a shield for the ‘B’ Grade; and the Association provided one for the ‘C’ Grade.

These cups had to be won twice, before coming the property of any player. The trophies were generously donated each year by leading business people. In 1927 Miss. K. Wing & Miss. N. Wing (sisters) won this event also winning it in 1928, therefore the cup became their property. The Cup was replaced by R. W. Ede-Clendinnen, and would be known as the Clendinnen Cup.

Mr. R. W. Ede-Clendinnen represented the Noona Meena Club (a town near Launceston) on the Association and took a very keen interest in its affairs. A regular attendant at the meetings, he often chaired the meetings when the President was absent, therefore being elected as the President when Mr. A. R. Proctor returned to Scotland. He continued to work untiringly, and on all matters of the Associations welfare is his first consideration. When a club representative he was ever willing to act on any sub-committee, and with his sound knowledge of the game his views on all matters were eagerly sought. As a player he at all times occupied a prominent position on the Noona Meena Club’s No. 1 Team, and he was also a member of the Northern Team which played with the Southern team at Hobart in 1929 and 1930.

To this present time, some 75 years later the Ede-Clendinnen Shield is still played for in Australia. It represents the National Carnival for Senior players each year.

The above is an abstract from the Southern Tasmanian Badminton Association history – for full details of the STBA history, including photographs, visit www.stba.net.au/history/ 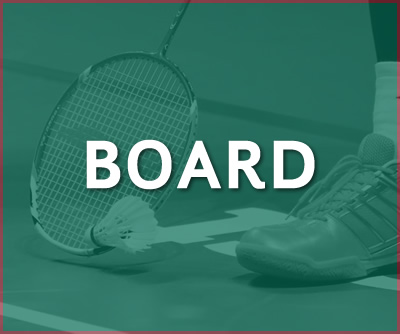 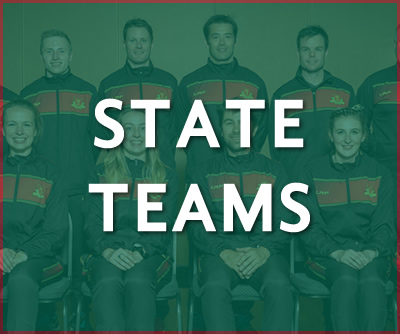 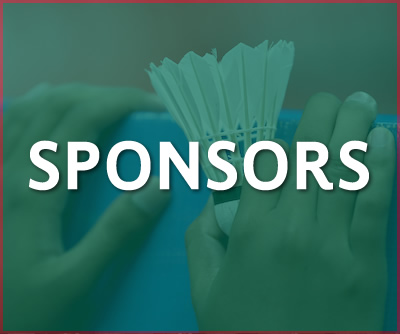